We manage a diverse range of multi-story office buildings, warehouse facilities, commercial condominiums/town office/office warehouse, retail and industrial properties — so we understand that no two properties are the same.

From marketing and leasing to budget planning and capital improvements, our experienced managers will work closely with you to find innovative ways to control costs and increase property value while maintaining the highest levels of tenant satisfaction and comfort.

Taylor Sonnenfeld joined the Clarity team in June 2019.  A licensed real estate agent, with experience in both residential and commercial property management.  Taylor started her career in 2014 managing and leasing residential properties in downtown Minneapolis.

Taylor is a member of IREM and has a bachelor’s degree in Sociology and Corrections from Minnesota State University, Mankato.  Prior to working in property management Taylor worked with adolescents in a mental health residential program as a case manager where she gained leadership, communication and organizational skills.   In her free time she is busy with her 3 year old daughter, enjoys reading, cycling, and spending time with family up North in the summer!

Sunil joined the New Concepts team in November 2013, working with Residential Homeowner Associations.  In early 2016, transitioned to the commercial department, managing 100% commercial associations & office buildings.  Along with having obtained the Certified Community Association Certification, studied Business Management with an emphasis in Finance.  In addition to having advanced knowledge of MS Office applications, also has advanced knowledge with various Personal Computer (PC) and Macintosh applications.

Prior to being in the Property Management industry, led the Student Accounts department at Broadview University (BVU) in Boise, Idaho.  Prior to his Accounts role at BVU, Sunil owned and operated an international travel agency with 6 sub-agents located across the country. The travel industry took him on travels all over the world and instilled a unique multi-cultural understanding and innate ability to communicate with clients proficiently, regardless of nationality or background.

Sunil spends his free time studying, recording & playing music.  He has experience in the styles of classical/modern rock guitar, and studied Flamenco guitar during travels to Spain.  He has also taught guitar fundamentals to several students, and dabbles in several other instruments including sitar & bansuri, which he studied during travels to India and the Himalayas.

Addie joined the Clarity Team in September 2020 as an Assistant Property Manager. Prior to Clarity Commercial, she had internships in all residential property management, student housing, and commercial property management. In December 2020 Addie will graduate with her Bachelors of Science from the University of Wisconsin-Stout in Real Estate Property Management and Business Administration.

Addie has been an active student member of IREM since 2018. She is excited to begin working towards her professional designations, Accredited Commercial Office Manager (ACOM) and Certified Property Manager (CPM).

Wisconsin born and raised, she is a Badgers/Packers/Brewers fan. In her free time, Addie enjoys going to sporting events, traveling, and trying new restaurants!

Garrett Koland, MBA, has been in the Property/Asset Management business since 2014. Garrett started by managing his family owned self-storage business, Inver Grove Storage and has since helped the business expand to a second location. On January 1st, 2019, Garrett began working with Clarity Commercial bringing Inver Grove Storage under his portfolio.

Garrett achieved his MBA from the University of Saint Thomas in May of 2019. Garrett understands the importance of continued education and has joined IREM as an Associate Member where he will continue to develop as a manager.

Alex joined Clarity’s growing team in 2019.  He received his bachelor’s degree in accounting from the University of Minnesota-Duluth.  Prior to joining Clarity, Alex worked as property accountant for several other companies in the local real estate industry.

Alex spends his free time getting together with family and friends, camping/hiking with his girlfriend, playing music and golfing.

The Institute of Real Estate Management (IREM®) is an international community of real estate managers dedicated to ethical business practices, maximizing the value of investment real estate, and promoting superior management through education and information sharing. IREM is the home for all industry professionals connected to real estate management – and the only organization serving both the multi-family and commercial sectors.

CCIM Institute is commercial real estate’s most influential professional organization, with members closing $200 billion annually in commercial real estate deals. For 50 years, the Institute has been building opportunities through its respected education program, led by established practitioners. CCIM Institute members are eligible to earn the CCIM designation, the industry’s most prestigious certification. 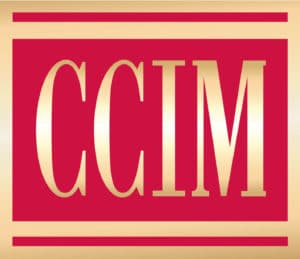 “You’re awesome at what you do and I rest well knowing the fate of this investment (one of my largest) rests in your hands.”

“Mel, thank you again for agreeing to serve on the 2018 IREM Executive Committee. I know you will add valuable insights and perspectives to the team, and I am very excited to be working with you in this new capacity.”

“This is just a note to say how very helpful and patient you were with my questions. You and your staff are top-notch.”

"The team at Clarity has brought clarity to our commercial condominium board of directors and investors. They really stand out in an industry full of very good options. Highly competent and communicative. I couldn't offer a stronger endorsement."

"I have been more than thrilled with the management of both my personal building and the management of my commercial association. Sunil and Jenny are a tag team that is responsive, professional, tactful, and bold. They are super human beings that take their job very personally. It shows! It is so nice to be able to trust that things are going to be taken care of and taken care of both quickly and decisively. This Clarity Commercial team is a part of making my life easier and I couldn't be more satisfied. Truly."